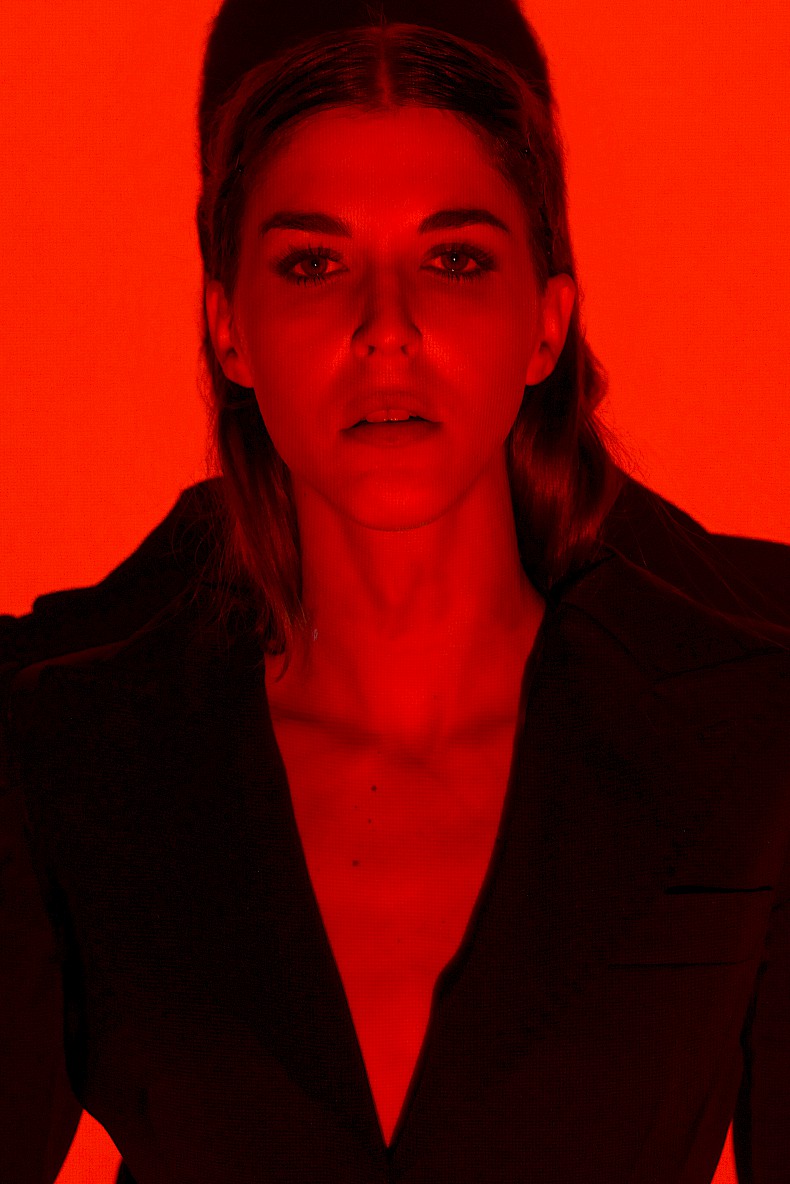 Having made a practice to steer crowds into deep ecstasy with her hypnotic sets at famed Goa Ultrabeat parties in Rome where she operates as a resident DJ, Adiel kicked off her own label, Danza Tribale in 2016 with a solid debut instalment, 'Anatomia Del Cavallo', that urged new ravers and dancers to join in with her densely forested musical fantasies where swirling melodic motifs, eerie atmospheres and entrancing 4/4 rhythms coexist in a rapturous communion of sorts. Orbiting around her own output, Danza Tribale is intended to provide a bespoke landing platform for techno dynamics both obscure and profound, alternately wild and held-in, instinctive and sophisticated, functional yet far from merely tool-esque.

Fresh off the release of her latest EP, 'Ritmo', Adiel strikes again with 'Tokyo' followed by 'Cavallina' EP where she teamed up with none other than Italian dub techno legend Donato Dozzy to sculpt a truly mind-bending mosaic of delayed drums, stealth acid accents and rolling bass moves. In July 2019 she returned with ‘Musicofilia’, her first record outside her own label, on Kangding Ray’s ara imprint. Adiel this time delivered tracks which will suit a variety of spatio-temporal dynamics, while still crafted for the club. Now in the works and due out in November 2019 on her Danza Tribale imprint, she has a new exciting EP in collaboration with one of the most respected figures in the techno scene, Northern Electronics label head Anthony Linell.

Adiel’s skills both as a DJ and producer have seen her play at some of the coolest clubs and festivals around Europe, such as Dekmantel, Off Sonar in Barcelona where she did her first Boiler Room, Berghain for the Klockworks showcase and Panorama Bar invited by Marcel Dettman, London’s Printworks for Ben Klock’s Photon event series, Concrete in Paris, DC 10 in Ibiza, De School in Amsterdam, Fuse in Brussels and other prestigious venues. Adiel will continue taking the scene by storm in the coming months, bringing her unique take on techno to dance floors across Europe. Some of her upcoming dates include shows at Amsterdam’s ADE for Photon, Ibiza’s Afterlife and London’s iconic Fabric club amongst many others.