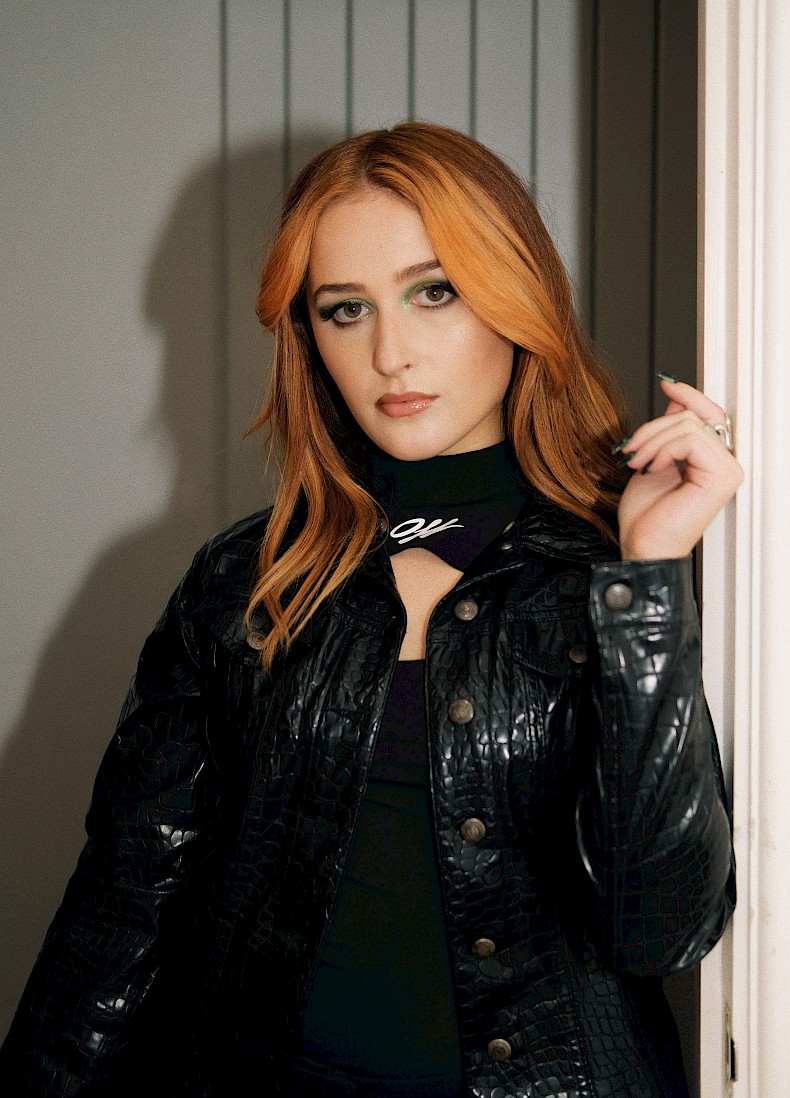 IMOGEN channels electro, bass, UK techno and breaks, drawing influence from her years living in London while adding her own spiky twist to electronic music.

Listening to The Prodigy at home in South Hampton sparked IMOGEN's interest in dance music. Moving to London at 16 to study Music Technology, she learnt how to mix while cutting her teeth as a resident on Radar Radio. Shortly after, she landed a booking at Berghain, aged 18 years old and has since evolved into the revered producer and DJ she is today.

In 2022, Voitax released her debut solo EP What?, which Resident Advisor described as 'Fast, techno-infused electro from a rising star rapidly coming into her own.' Her track 'Up To No Good' garnered praise from industry and dance music lovers alike. Earlier releases include her debut tune 'Flesh' on Earwiggle, followed by Volts co-produced with Ben Pest.

Living in London allowed IMOGEN to soak up the city's rich club culture and finesse her craft. As a resident on NTS Radio, she regularly plays B2B with her favourite artists. A former resident of fabric, IMOGEN has supported artists across the spectrum and has played Warehouse Project, The Beams, Glastonbury and Junction 2. In Europe, she's soundtracked Kraftwerk, Herrensauna, MELT festival, Awakenings and many more.

During the pandemic, IMOGEN taught Music Production lessons via Zoom. This led her to launch Wigs, an inclusive platform and party series that facilitates workshops and provides a hub for aspiring artists to connect. IMOGEN curates Wigs events with a forward-thinking approach, breaking the circuit of tried and tested lineups. The first event kicked off in fabric as part of the club's Continuum series. So far, Wigs has hosted Aquarian, Daria Kolosova and Bjarki.

IMOGEN is a member of T.I.P. aka TripSixVivo, IMOGEN and Paàl. Together, the trio incorporate live producing and MCing, creating a hybrid of electro, grime, drum'n'bass and techno. Following their first performance at MELT festival and the release of their EP Neosynthesis, the group have more live shows in the pipeline for 2023.

Entering the next phase of her non-conformist career, IMOGEN's skill, dedication and grounded attitude are reflected across all of her projects, making her a vital talent in today's electronic realm.