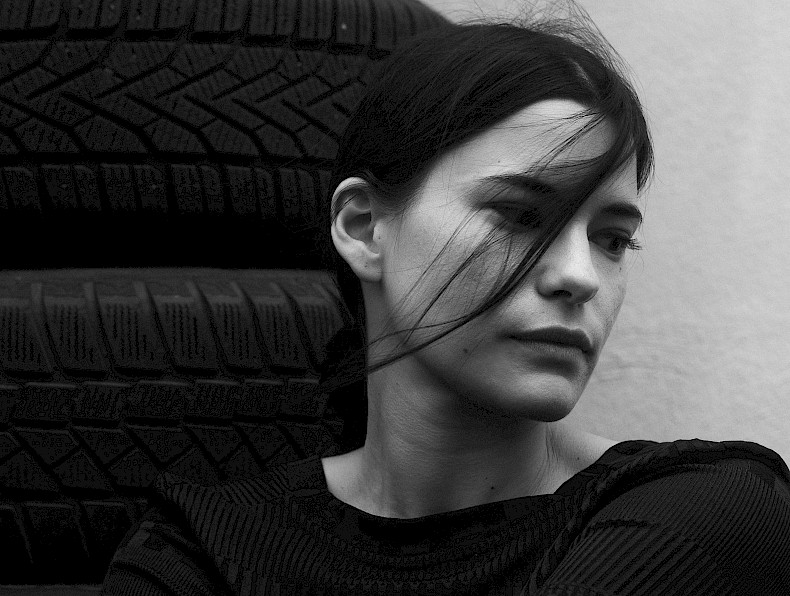 Rachel Lyn performs as a DJ, ambient hybrid shows, and completely live. The Founder & Curator of party series "Modular Gang", she has a multi-sensory outlook on music...

Rachel Lyn has previously held residency at London’s high-powered Superstition party at Village Underground. Since relocating to Berlin in late 2016, Lyn has been working in synergy with Oscillate — an open-ended event series pushing the finest in emerging underground talent, held at ://about blank. Around Berlin, Rachel Lyn is rapidly gaining reputation for her punchy DJ sets and forward-thinking musical projects. Her dance floor DJ sets are driven by the capacity of a venue, the mood of the party, and her current state of mind. Constantly in touch with her feelings, Rachel’s charged DJ narrative is an electric mixture of ambient, gritty, warm melodies and quirky sounds mixed with bass grooves and hard-hitting techno. Most recently, she has been DJing at Grounded Theory in Berlin, PAL in Hamburg, Kalt in Strasburg and Concrete in Paris.

Rachel also enjoys creating ambient hybrid sets — combining her special listening records with her modular system. In 2018, Rachel performed ambient sets at 7001 Festival, Tommy Four Sevens '47 presents Numerology' party and was invited by Berghain to perform at the Halle on NYD 2019. Her ambient sets have been described as reviving, holy, triggering visual and internal journeys in the audience.

As a producer, Rachel is a modular diehard. She describes the non-preset instrument as her lover and best friend, and in her Berlin studio they share the happiest and darkest of moments. Her affair with the machine will result in techno, ambient and noise productions.

In November 2017, Rachel Lyn founded Modular Gang — a modular synth live show event series. She has been busy discovering and plucking unknown live modular acts, taking them from their basements and creating one hell of a party out of it. Modular Gang has also given birth to a live modular trio act — 3Ddancer. Composed of herself, Volruptus and Alex the Fairy, in late 2018 the trio performed an improvised jam for Boiler Room at the Funkhaus in Berlin. Most recently the trio were invited back by Boiler Room to perform for the Harddance series.

When performing Rachel Lyn Live, her world is heavily theme-based, and takes audiences to fictional worlds that reach far beyond her DJ dance floor style. Rachel combines unusual motifs and translates imaginary subjects through her modular performance. Her debut live show was based on Andy Warhol’s most iconic friends and vintage cosmetics. At her Modular Gang party, she performed a cover of Delia Derbyshire's 1964 lo-fi-recording "Falling, from The Dreams," for which Lyn re-recorded Delia’s vocals and patched her own improvisation of modular sounds around her voice. Her most recent live show was at Red Bull Music Festival performing at Sturm & Klang: Drone Activity in Progress at Tresor.

During summer 2019 Rachel will perform Ambient shows at Garbicz Festival and Nachtdigital and also a DJ set at Afterlife in Ibiza.