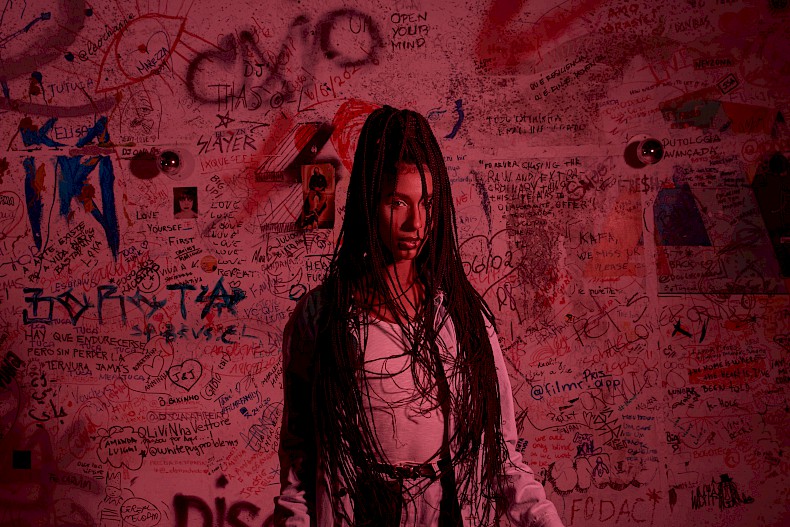 Her name says it all: brave and radiant. It 's undeniable the power of presence that VALENTINA LUZ brings in her performances. With a repertoire which includes house music, techno and even Brazilian funk, Valentina easily transits between the genres, creating a powerful and captivating energy on the dancefloor — so much so that she won the ''Best DJ'' award at the WME Awards 2022.

Born and raised in Paraná, she found her space in the São Paulo’s electronic parties, becoming a resident on MAMBA NEGRA, initially as a performer. From there, she started exploring the universe of electronic music. As a DJ, her research is based on her experience both on the dancefloor and on stage, starting from how VALENTINA imagines herself dancing and enjoying the sound of her main references.

In the last few years, the artist performed in many Brazilian states, with presentations that stood out in events and clubs such as Rock in Rio, Time Warp, Boiler Room, Primavera Sound, Terraza, D-edge, DGTL Festival, Jerome, FAU RJ, Gop Tun e Selvagem, including being the opening set for DJ Solomun, in Autódromo de Interlagos, in addition to participating in corporate events for brands such as Riachuelo/Moschino, Gucci, Central, Jean Paul Gaultier, Salvatore Ferragamo, BAW, Baile da Vogue, among others. She has also performed in Asunción (Paraguay), Santiago (Chile), and maintains residencies at parties like Mamba Negra, Sangra Muta, Dando and Bicuda, in São Paulo.