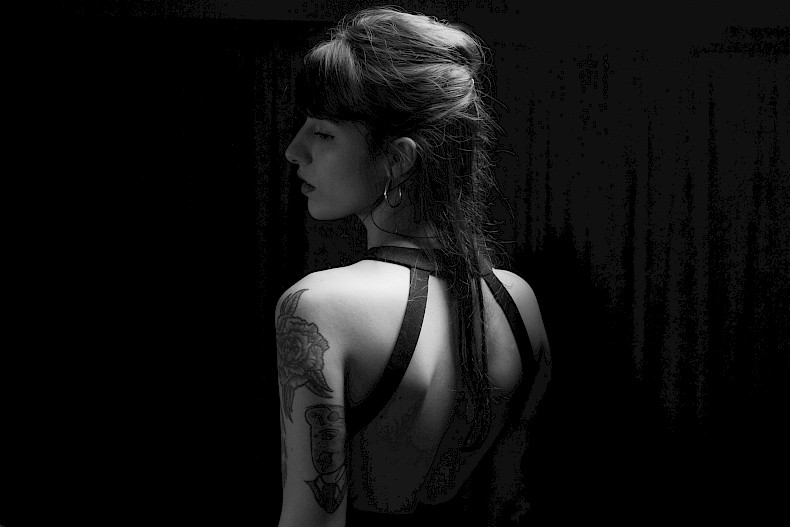 The argentinian artist Sol Ortega, born and raised in Buenos Aires, sneaked into the musical scene at the early age of 16, thanks to her father who has been a real musical influence her whole life.
With no more than 17 years old, Sol started to play at some events where some genres such as Hip Hop, Funk, Disco, and Detroit Techno, used to predominate. During four years, she focused in the study of sundry styles and genres and, on the other hand, she started to produce her own music, while she was studying sound engineering.
Her goals were raising as she grew up in the industry and, finally, she managed to get a place as a resident in the mythical Under Club in Buenos Aires. That’s when Sol started to generate a bigger name in the national scene. After warming up for several artists such as Kevin Saunderson, FJAAK, Zenker Brothers, Exos, David Meiser, Marcelus, etc, and taking her music to other cities and countries, her unique and mixed style started to be heard by different kinds of crowds.
2018 has been a significant year for this young artist. She didn’t only participated in Boiler Room’s edition in her country, which hasn’t been doing anything but raise her career truly fast, and made it to big european festivals and venues such as Tresor, MMA, Concrete, The Block, Toffler, Kompass, PAL (among others) are, but also recorded her first 12” EP “The Blue Club” together with Ricardo Miranda, that has been released by Rhythm Nation (San Diego) and supported by big artists like Darko Esser, Santiago Salazar, Maceo Plex, Patrice Scott, Danny Tenaglia, Christopher Rau, Dixon Avenue Basement Jams, among others.